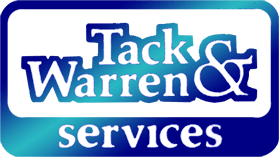 Ozone Science: The Facts Behind the Phase-out

The Earth's ozone layer protects all life from the sun's harmful radiation, but human activities have damaged this shield. Less protection from ultraviolet light will, over time, lead to higher skin cancer and cataract rates and crop damage. The U.S., in cooperation with over 140 other countries, is phasing out the production of ozone-depleting substances in an effort to safeguard the ozone layer.

The Earth's atmosphere is divided into several layers. The lowest region, the troposphere, extends from the Earth's surface up to about 10 kilometers (km) in altitude. Virtually all human activities occur in the troposphere. Mt. Everest, the tallest mountain on the planet, is only about 9 km high. The next layer, the stratosphere, continues from 10 km to about 50 km. Most commercial airline traffic occurs in the lower part of the stratosphere.

Most atmospheric ozone is concentrated in a layer in the stratosphere about 15-30 kilometers above the Earth's surface. Ozone is a molecule containing three oxygen atoms. It is blue in color and has a strong odor. Normal oxygen, which we breathe, has two oxygen atoms and is colorless and odorless. Ozone is much less common than normal oxygen. Out of each 10 million air molecules, about 2 million are normal oxygen, but only 3 are ozone.

However, even the small amount of ozone plays a key role in the atmosphere. The ozone layer absorbs a portion of the radiation from the sun, preventing it from reaching the planet's surface. Most importantly, it absorbs the portion of ultraviolet light called UVB. UVB has been linked to many harmful effects, including various types of skin cancer, cataracts, and harm to some crops, certain materials, and some forms of marine life.

At any given time, ozone molecules are constantly formed and destroyed in the stratosphere. The total amount, however, remains relatively stable. The concentration of the ozone layer can be thought of as a stream's depth at a particular location. Although water is constantly flowing in and out, the depth remains constant.

While ozone concentrations vary naturally with sunspots, the seasons, and latitude, these processes are well understood and predictable. Scientists have established records spanning several decades that detail normal ozone levels during these natural cycles. Each natural reduction in ozone levels has been followed by a recovery. Recently, however, convincing scientific evidence has shown that the ozone shield is being depleted well beyond changes due to natural processes.

For over 50 years, chlorofluorocarbons (CFCs) were thought of as miracle substances. They are stable, nonflammable, low in toxicity, and inexpensive to produce. Over time, CFCs found uses as refrigerants, solvents, foam blowing agents, and other smaller applications. Other chlorine-containing compounds include methyl chloroform, a solvent, and carbon tetrachloride, an industrial chemical. Halons, extremely effective fire extinguishing agents, and methyl bromide, an effective produce and soil fumigant, contain bromine. All of these compounds have atmospheric lifetimes long enough to allow them to be transported by winds into the stratosphere. Because they release chlorine or bromine when they break down, they damage the protective ozone layer. The discussion of the ozone depletion process below focuses on CFCs, but the basic concepts apply to all of the ozone-depleting substances (ODS).

In the early 1970s, researchers began to investigate the effects of various chemicals on the ozone layer, particularly CFCs, which contain chlorine. They also examined the potential impacts of other chlorine sources. Chlorine from swimming pools, industrial plants, sea salt, and volcanoes does not reach the stratosphere. Chlorine compounds from these sources readily combine with water and repeated measurements show that they rain out of the troposphere very quickly. In contrast, CFCs are very stable and do not dissolve in rain. Thus, there are no natural processes that remove the CFCs from the lower atmosphere. Over time, winds drive the CFCs into the stratosphere.

The CFCs are so stable that only exposure to strong UV radiation breaks them down. When that happens, the CFC molecule releases atomic chlorine. One chlorine atom can destroy over 100,000 ozone molecules. The net effect is to destroy ozone faster than it is naturally created. To return to the analogy comparing ozone levels to a stream's depth, CFCs act as a siphon, removing water faster than normal and reducing the depth of the stream.

Large fires and certain types of marine life produce one stable form of chlorine that does reach the stratosphere. However, numerous experiments have shown that CFCs and other widely-used chemicals produce roughly 85% of the chlorine in the stratosphere, while natural sources contribute only 15%.

Large volcanic eruptions can have an indirect effect on ozone levels. Although Mt. Pinatubo's 1991 eruption did not increase stratospheric chlorine concentrations, it did produce large amounts of tiny particles called aerosols (different from consumer products also known as aerosols). These aerosols increase chlorine's effectiveness at destroying ozone. The aerosols only increased depletion because of the presence of CFC- based chlorine. In effect, the aerosols increased the efficiency of the CFC siphon, lowering ozone levels even more than would have otherwise occurred. Unlike long-term ozone depletion, however, this effect is short-lived. The aerosols from Mt. Pinatubo have already disappeared, but satellite, ground-based, and balloon data still show ozone depletion occurring closer to the historic trend.

One example of ozone depletion is the annual ozone "hole" over Antarctica that has occurred during the Antarctic Spring since the early 1980s. Rather than being a literal hole through the layer, the ozone hole is a large area of the stratosphere with extremely low amounts of ozone. Ozone levels fall by over 60% during the worst years.

In addition, research has shown that ozone depletion occurs over the latitudes that include North America, Europe, Asia, and much of Africa, Australia, and South America. Over the U.S., ozone levels have fallen 5-10%, depending on the season. Thus, ozone depletion is a global issue and not just a problem at the South Pole.

Reductions in ozone levels will lead to higher levels of UVB reaching the Earth's surface. The sun's output of UVB does not change; rather, less ozone means less protection, and hence more UVB reaches the Earth. Studies have shown that in the Antarctic, the amount of UVB measured at the surface can double during the annual ozone hole. Another study confirmed the relationship between reduced ozone and increased UVB levels in Canada during the past several years.

Laboratory and epidemiological studies demonstrate that UVB causes non-melanoma skin cancer and plays a major role in malignant melanoma development. In addition, UVB has been linked to cataracts. All sunlight contains some UVB, even with normal ozone levels. It is always important to limit exposure to the sun. However, ozone depletion will increase the amount of UVB, which will then increase the risk of health effects. Furthermore, UVB harms some crops, plastics and other materials, and certain types of marine life.

The initial concern about the ozone layer in the 1970's led to a ban on the use of CFCs as aerosol propellants in several countries, including the U.S. However, the production of CFCs and other ozone-depleting substances grew rapidly afterward as new uses were discovered.

Through the 1980s, other uses expanded and the world's nations became increasingly concerned that these chemicals would further harm the ozone layer. In 1985, the Vienna Convention was adopted to formalize international cooperation on this issue. Additional efforts resulted in the signing of the Montreal Protocol in 1987. The original protocol would have reduced the production of CFCs by half by 1998.

Because of measures taken under the Protocol, emissions of ozone-depleting substances are already falling. Assuming continued compliance, stratospheric chlorine levels will peak in a few years and then slowly return to normal. The good news is that the natural ozone production process will heal the ozone layer in about 50 years.

In addition to regulating the end of production of the ozone-depleting substance., the U.S. Environmental Protection Agency (EPA) implements several other programs to protect the ozone layer under Title VI of the Clean Air Act. These programs include refrigerant recycling, product labeling, banning nonessential uses of certain compounds, and reviewing substitutes.

EPA's Stratospheric Ozone Protection Hotline responds to inquiries and distributes information about ozone depletion and EPA's programs to protect the ozone layer. Call 1-800-296-1996 between 10 am and 4 pm Eastern Standard Time to ask questions or to order free copies of the following documents:

Send Us A Message

Thank you for your submission.

There was a problem with your submission.

There was an error with your submission.